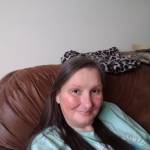 I’m coming straight to my family with this, my husband needs prayers really bad. I wrote a while back about him “snapping” and deciding he was done being married, out of the blue with no warning at all.

I’ve been praying for him, and after I brought it to y’all, a little over a year ago, he’s been great! And now suddenly, again, he blindsided me; and it’s way worse.

He’s so angry at me that he HATES me. He is pretending I don’t exist, and if he does say anything to me it’s a horrible, nasty string of abuse!

He admitted I didn’t deserve him screaming at me, and he didn’t know why he did. Yet he’s angry at me for “wasting” his money for doctors. He doesn’t think anything is wrong with me, and I shouldn’t be spending his money.

I canceled all my appointments except for regular checkups every 3 months, and every test they had planned. He knows they found “something” in my lungs and my bloodwork is still abnormal with platelets close to 500,000. Yet I feel it’s all about money...

I don’t need Drs or tests, I’m covered. But I’ve not let the enemy take him. I’ve continued loving him, and letting him know. Yet the more I love him the angrier he gets, and I’ve not seen this level of...hatred from him before.

I told him I will leave him alone, but I would continue to fight for him against this enemy. Because the man I fell in love with is still in there, and anger or hurt could justify walking away, but even if YHWH removed him from my life, I can’t leave him to suffer.

You can see him struggle, he honestly doesn’t know why he says and does those things. I ask all of you to pray for him, that he can release this stronghold or addiction to getting more money, that the enemy loose him, and that he look to our Father, and cling to him alone, and finally that YHWH’s will be done in ALL things......

Thank you all so much for putting up with my “novels” and standing in the gap praying and protecting our families. I’m sending lots of love and prayers to all of you daily ♥️♥️♥️♥️

We are praying Beloved Sister, hang in there...We pray the KING would inject HIMSELF into your situation, that you would be surrounded in HIS love and protection, that the enemy would be bound in the name of YAHUSHA HA'MASHIACH, and that there would be peace and stillness in your home, Amein and Amein. 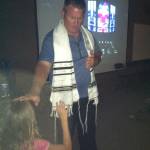 Prayers for reconciliation! Let your heart not be trouble for He is Faithful and True! He works everything that's been bad into Good! 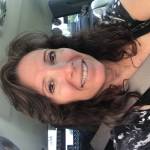 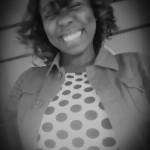